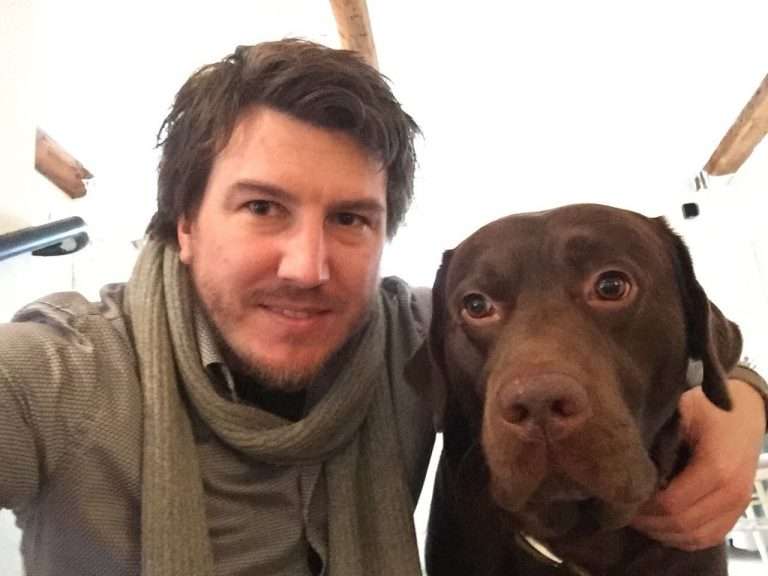 Why did you start the petition?

Dog thefts have increasingly featured in the national media, usually with a focus on social media campaigns to reunite families with individual animals. But with at least five dogs stolen every day in the UK, it is impossible for every dog to get maximum media exposure. It really is heartbreaking.

Lat year the risks and sadness of pet theft was always on my mind. The thought of someone taking Rupert the chocolate Labrador from Louise and I, was unbearable. I tried to share as many missing and stolen dog posts as possible from my Twitter account @Dr_Dan_1; but started to feel helpless at the scale of the problem and increasingly upset for the families involved. The kindness of strangers was certainly helping to reunite families, it was quite clear the Theft Act 1968 was not.

I reached out to SAMPA, offered to help shine a light on their tireless campaigning, and suggested collaborating on a new pet theft petition to make the government take this emotional crime seriously. 65 days after going live, over 50,000 people have signed our petition to ‘reclassify the theft of a pet to a specific crime in itself’!

What’s the problem with the current laws?

“The Theft Act 1968 does not deal adequately with the theft of pets. The law conflates sentient animal companions with inanimate objects. Financial rewards and no questions asked (illegal under Theft Act) have replaced legal enforcement. This law is outdated and needs to be amended.

SAMPA are really pleased to have political and legal support. Gareth Johnson, MP for Dartford, recently raised the issue in the House of Commons and continues to campaign for change, and Professor John Cooper QC is kindly helping to draft an amendment to the Theft Act.”

What do you think about the DEFRA response at 10,000 signatures?

We were hoping to get a response from the Ministry of Justice. The three points made by DEFRA are frustrating, but reinforce the need for a parliamentary debate on pet theft.

First, DEFRA stated that there is maximum sentence of seven years in prison. Nothing close to this sentence has ever been given for stealing pets, SAMPA want a minimum custodial sentence.

Third, DEFRA point to compulsory microchipping as a way of making it easier for lost or stolen dogs to be reunited with their owners. They do not acknowledge that scanning microchipped dogs is optional.

How do you think the petition is doing?

Public support has been amazing! The petition reached 10,000 signatures in the first 36 hours, and thanks to the kindness of strangers, support for the petition continues to grow. We have reached 50,000 signatures in 65 days, and have 116 days to reach 100,000. We really appreciate the support – thank you to everyone who has signed and shared the petition!

“People do not steal dogs to love them, they use them, they abuse them, and they treat them like disposable objects. Dog theft is a gateway to wider animal cruelty, including puppy farming and dog fighting, and should be connected to wider concerns about dog welfare.”

“Under the Theft Act 1968, stolen pets are regarded as chattel or property. Their sentience is not recognised – stolen dogs and other animal companions are conflated with inanimate objects. As well as being wrong, this has implications on enforcement and prosecutions.”

“Pet theft is a cruel and devastating crime, made all the more painful when the law refers to family pets as ‘personal items’. Dogs are family – the law needs to reflect that!”

“Substantial financial rewards for the safe return of stolen dogs used to be a rarity – now they are the norm. Why? The current law does not work, and people will do anything to reunite their family.”

“Everyone assumes it won’t happen to them, but at least five dogs are stolen every day in the UK. Puppies, pedigrees, cross-breeds and rescue dogs are all potential victims. Imagine how you would feel if this happened to you. That feeling – that is why I started the Pet Theft Petition, and why it is so important to work together to change the law.”

Share:
← Big thank you to Ricky Gervais for supporting the campaign to STOP pet theft.
Pet pictures are flooding Facebook in support of the #PetTheftPetition →