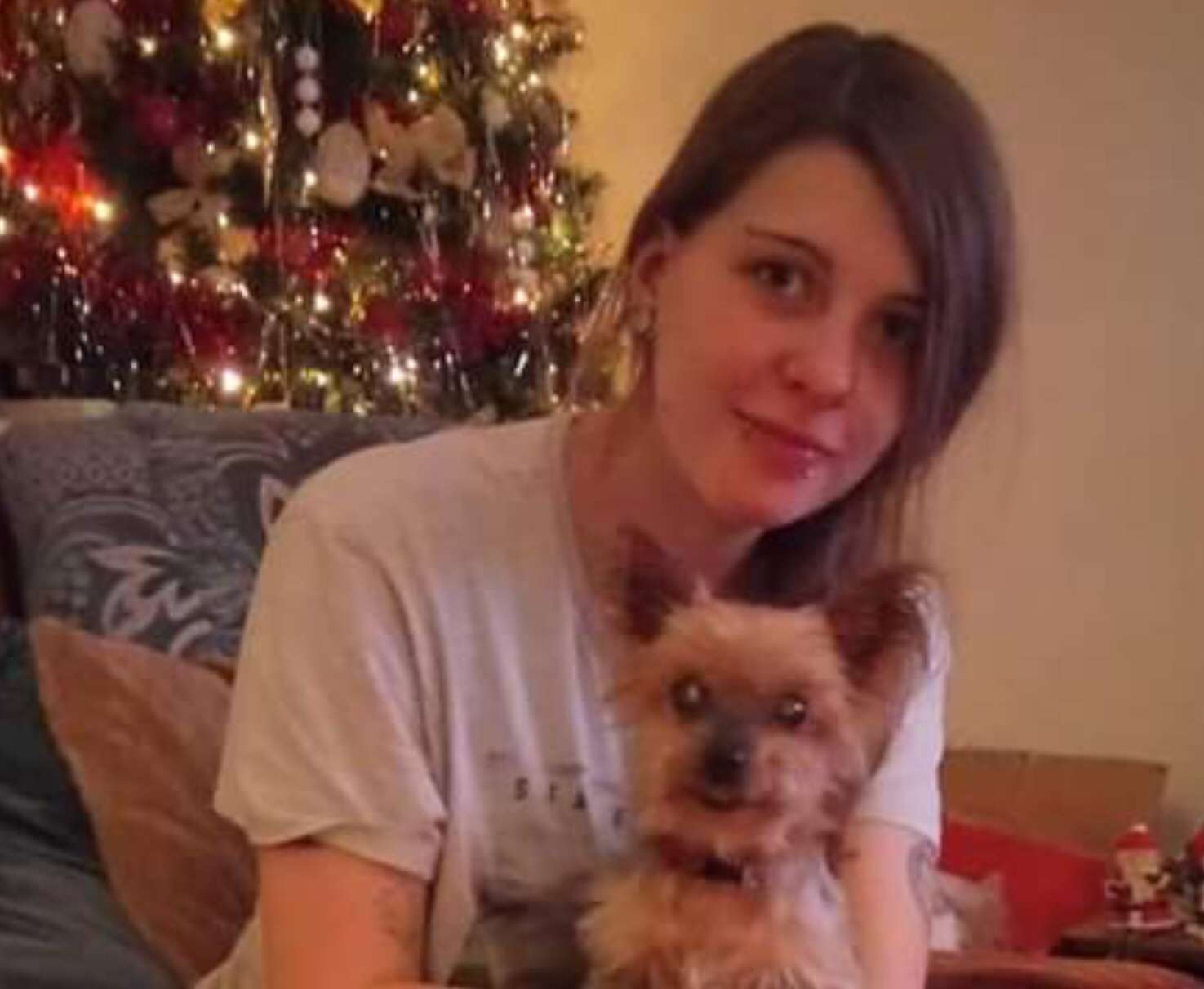 POLICE want to trace a man after a tiny dog was snatched from the pavement outside her home, leaving her owner heartbroken.

A mystery figure was caught on CCTV as he walked down Wonston Road in Southampton, appearing to have ten-year-old Izzy “squirming” in his hand.

The dog’s distraught owner, Hanna Loughnane, has been scouring the area day and night amid fears her pet might have been dumped.

Hanna said: “I was at the local shop at the time and had no idea Izzy was missing until I returned 20 minutes after she’d been taken.

“I immediately checked my CCTV, which showed the man walking past our steps with Izzy in his hand while he was talking on his phone.

“My partner and I drove around the area, checking all the local roads and parks, but couldn’t find either Izzy or the man.”

Hannah said posters with her phone number and a photograph of Izzy had been put up in the area.

She added: “I don’t know what else I can do other than keep posting and telling everyone to try and get her back home safe and sound.

“I’m mortified to think she has been stolen from outside her own home.

“She’s a very old companion and needs a lot of care and attention. She requires the vets from time to time due to her age and has cataracts, which are treated with special eyedrops only the vets can provide.

“I’m heartbroken and extremely worried for her welfare.”

Citing the recent spell of cold and wet weather Hannah added: “This is no time to dump such a tiny, old dog and I’m so scared he’s going to do this.

“She is a part of my life and I never expected this to be the end. Not this way.”

Izzy, a miniature Yorkshire Terrier, is grey and tan with pointy ears and no tail. She was wearing a black flea collar.

A police spokesman said a man wearing a blue jacket, jeans and a dark hat was seen acting suspiciously in Wonston Road on December 10 at 12.30pm.

Thank you to everyone for your support, I cannot explain how greatful I am to have her back in my arms! My eyes have been streaming with happiness and relief non stop!

The person travelling in the taxi who found izzy came forward and gave her back to me. He said it was raining so he took her home instead.. I told him I’ve been out there posting her posts through doors and putting posters up in that rain just to get her back!..

I didn’t know whether to punch him, or hug him.. I was so greatful to see izzy again I shook his hand and hugged him and thanked him so much for bringing her back home, he can’t understand how much I’ve missed her and how hard this week has been for me and my family and friends.

I am so glad that she has been in a good place whilst she’s been gone, he even gave me a bag of doggy stuff that he bought for her whilst she’s been with him, including a matching collar and lead, dog food and expensive treats. She has been treated so nicely he deserves the hug and I thank him for doing the right thing for her and by her side. I’m just so over the moon that she’s home and nothing nasty has happened to her! So relieved!!!!

And to everyone who’s been helping to look for her and spread the word, I thank every each one of you so much for your help and support. I don’t think I would have ever got to see her again if it wasn’t for you getting her out there to be recognised! Your all brilliant and my life is complete again! Thank you and can you please help me spread the word that she’s back home safe and sound and I’m not letting her out of my sight! IZZZYYYYYY!!! ❤️🎄🎼Xxxxxxxxxxxxxxx. https://www.facebook.com/1022955893/posts/10215249777450730/ 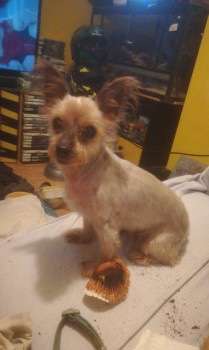 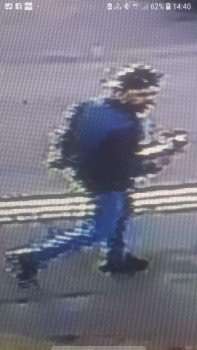 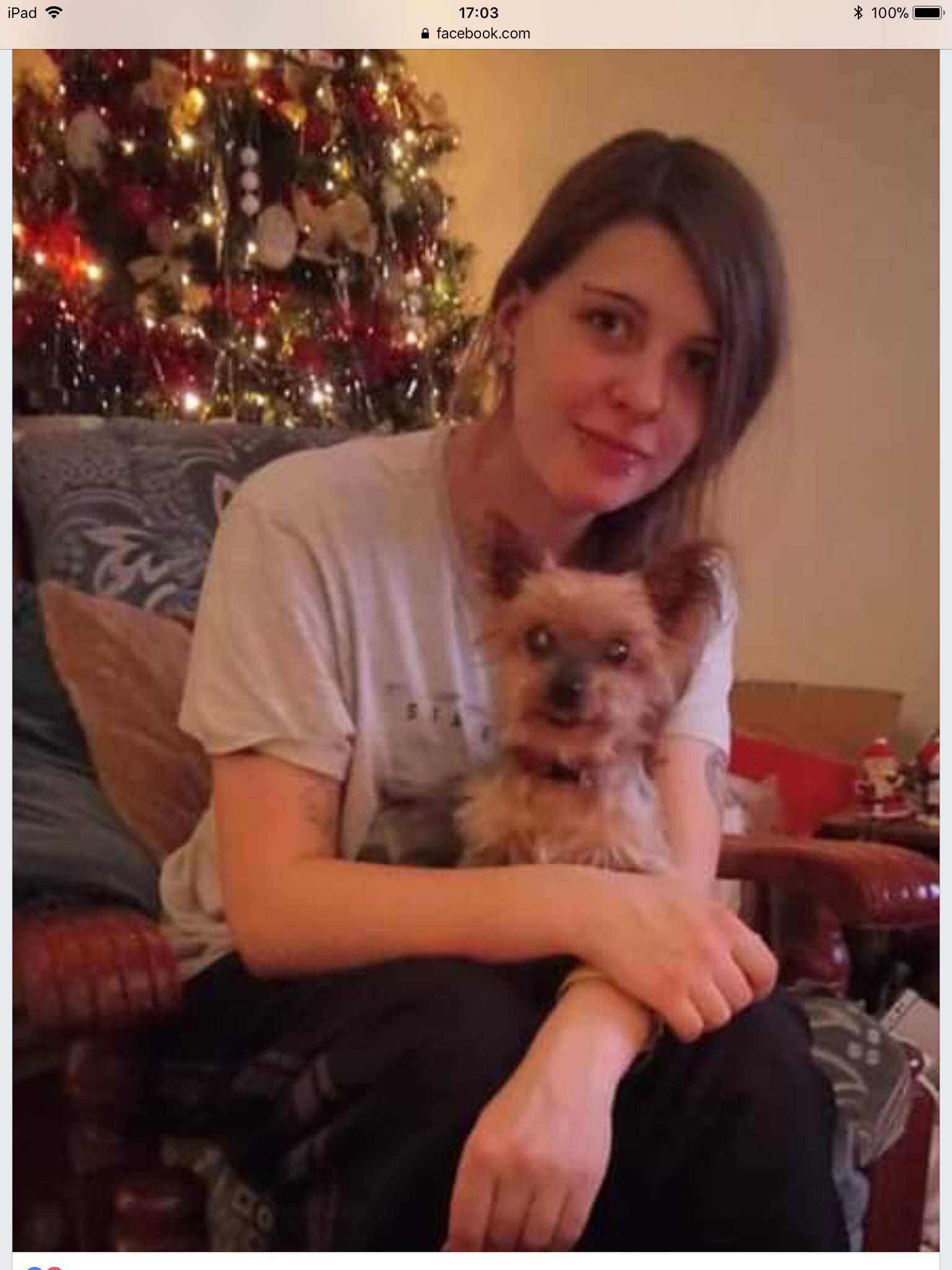