An investigation has been launched by the RSPCA after the body of a burnt and mutilated dog was found dumped in Bradford.

On Monday night (25 March), a fire service was called to a blaze in Cliffe Hollins Lane. A pile of rubbish had been set alight but discovered alongside the fire was the body of a tan and white Lurcher.

RSPCA Inspector Sarah Bagley said, “Fire crews found the dog alongside the rubbish. The body was burned but the major injuries to the dog were not caused by fire.

“The dog’s body was taken to a vet who did an examination and found the dog had suffered a broken jaw, two broken legs – with both back legs snapped – and a large wound to the abdomen with the intestines protruding.

“The vet believes these injuries were caused to the dog while she was still alive and before she died. They think she was then set on fire at the same time as the pile of rubbish she had been dumped on.”

The dog, a 10-year-old bitch, was microchipped and RSPCA officers have been in contact with her owners who are from the local area. Understandably distraught, they do not wish to speak to the press.

“We’ve spoken to this poor dog’s owners and they told us she’d gone missing around eight weeks ago,” Inspector Bagley added.

“The veterinary evidence suggests that this poor dog was alive when these hideous injuries were inflicted and this is extremely worrying. We’re concerned that this dog may have suffered severely before she died.

“We’ve launched an investigation into what happened and would urge anyone with any information that could assist our enquiries to contact us on 0300 123 8018.”

Understandably distraught is an understatement!

This is just heartbreaking! How many more stories can we take about missing pets being used and abused? 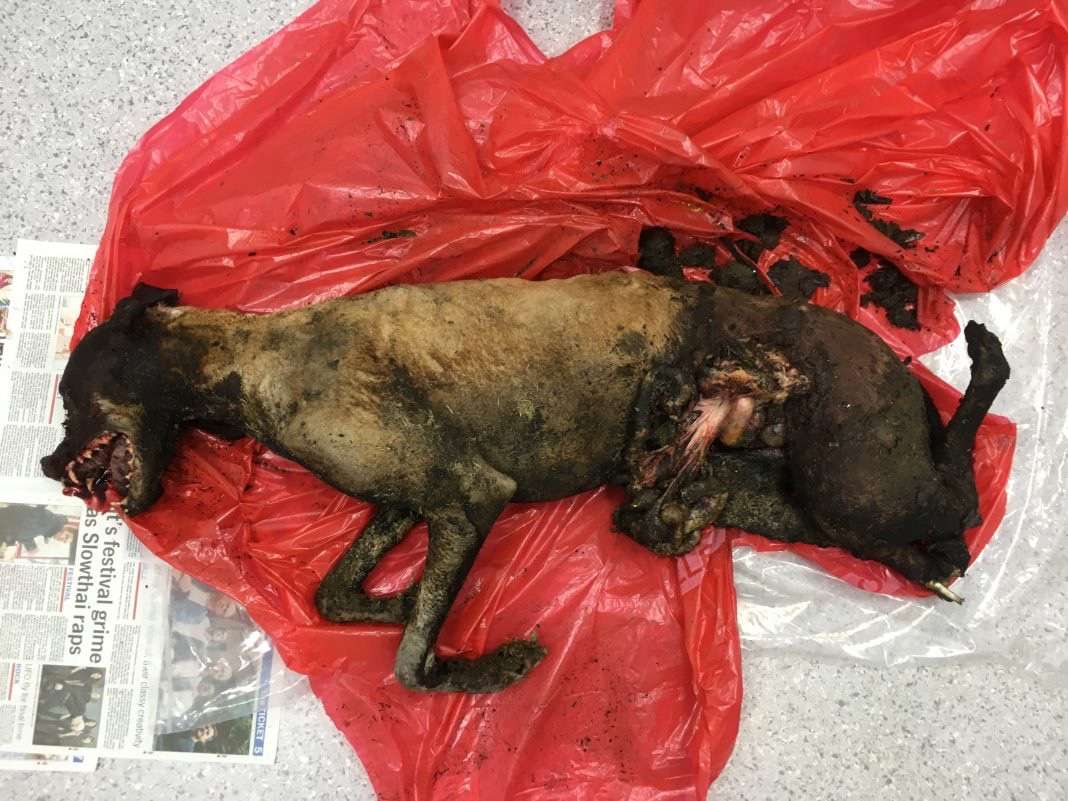