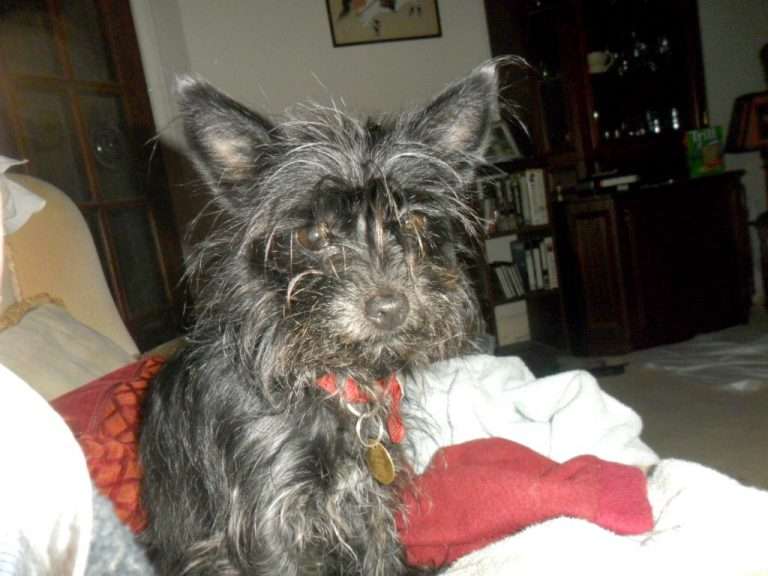 A NORTH Bersted man has appealed for help for the return of his dog.

Paul Hammond was alarmed to discover Trotsy, a black small miniature terrier the size of a chichuahua, was missing when he went back to her after going shopping.

He said: “She is a highly affable little animal and a good-natured dog. She is a real companion to me.

“I’m saddened by the whole situation. It’s hard to deal with. I would like to think someone is looking after her.”

He also hopes the fact Trotsy, pictured below, is microchipped will also enable her to be found.

Mr Hammond, 58, left Trotsy tied up to the railing next to the trolleys outside Lidl in the Bognor Regis Retail Park in Shripney Road about 1pm on December 13.

He was inside for about 15 minutes, only to find Trotsy had gone when he returned to her.

He spent 15 minutes searching the site’s car park and asked some 12 people if they had seen her.

He reported his loss to Sussex Police but was told Trotsy’s absence was regarded as a missing dog rather than a stolen one.

Doglost’s area coordinator said “The problem we have is that the police do not believe she’s been stolen. Trotsy’s owner is trying to get Lidl to check their cctv … so far they have refused and been very unpleasant to him. Hopefully, there will be some posters put up soon and they might jog someone’s memory.”

A spokesperson from Sussex Police tweeted:- Sussex Police did take a report from Mr Hammond ref: 1208 13/12/18 – details were circulated around the department to consider the report if anyone called if the dog was sighted. Mr Hammond was advised to speak with Lidl to see if CCTV provided any evidence & to call back. 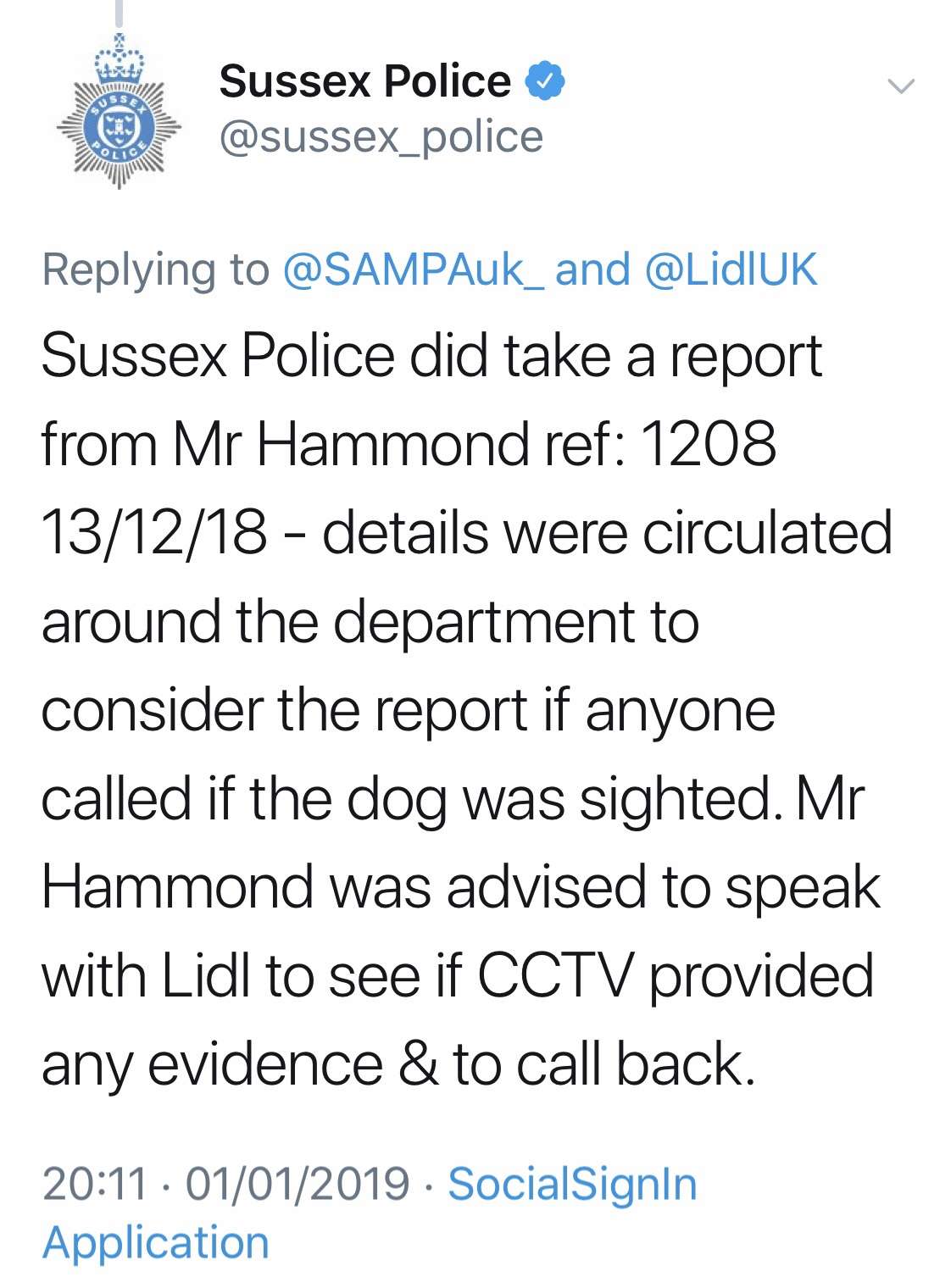