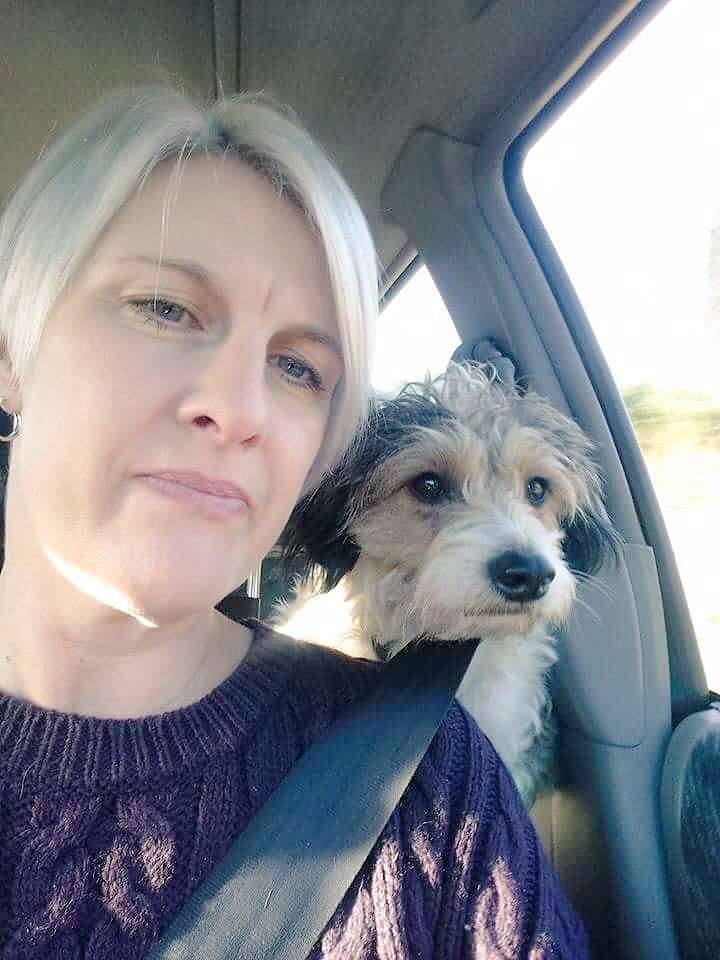 A couple say they are delaying the exchange of contracts on their house in the hope that their beloved dog will return home after being missing for five weeks.

Albi, a two-year-old Jack Russell-cross-poodle, bolted out of a field in Whitfield, near Dover, on Friday, October 5 at around 7.30am.

He was out on a walk with his owner Carl Morton, 52, and had become scared by an approaching German Shepherd.

Sightings from passers-by say that the dog ran into the Newlands Housing Estate, a route it is thought he took to get back to his Archers Court Road home.

Sharon Morton, 46, says the couple are due to move house, but are holding off on the process, and have even cancelled a rural holiday to Norfolk.

The break had been booked with a view of going on long dog walks with Albi and his brother Kobi.

The couple say they are offering £500 for the safe return of their dog.

Mrs Morton, a grandmother of six, said: “He is the most friendliest little chap, bouncy and full of energy.

“He is only two and is like my shadow, he follows me around everywhere.

“People ask if we are giving up yet, but we are definitely not.”

‘We have rushed to every sighting’

Mrs Morton said she has not slept in her own bed since Albi left, and has resorted to sleeping downstairs in case he does find his way home.

She says her eldest grandchildren have also been in tears over the ordeal.

There have been apparent sightings of the dog in St Margaret’s at Cliffe and in East Studdall in the last two weeks.

But it is thought that due to fireworks being let off in open spaces in St Margaret’s may have scared Albi into a different area.

“Unless you see it with your own eyes you get your hopes up,” she added.

“We have rushed to every sighting.

“We go to work because we have to, I did take about two weeks off but it is constantly on my mind.”

The two-year-old pet had been clipped before his walk on the day he went missing, but it is thought his coat may have got quite shaggy and tangled in his escapades around the Dover district.

As Mr Morton’s birthday approaches next week, he says all he wants is for his dog to be back at home.

The Facebook page dedicated to finding Albie is here. 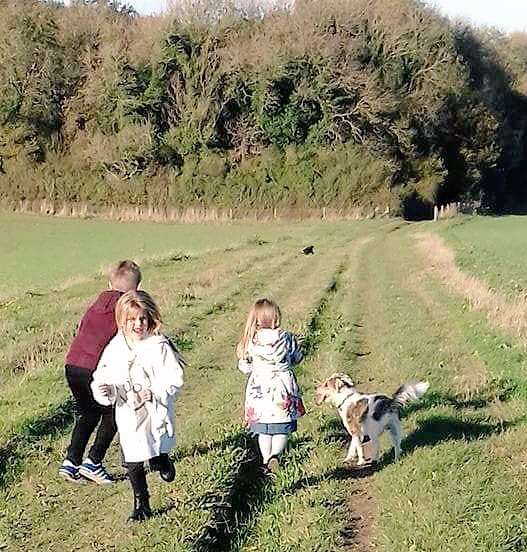 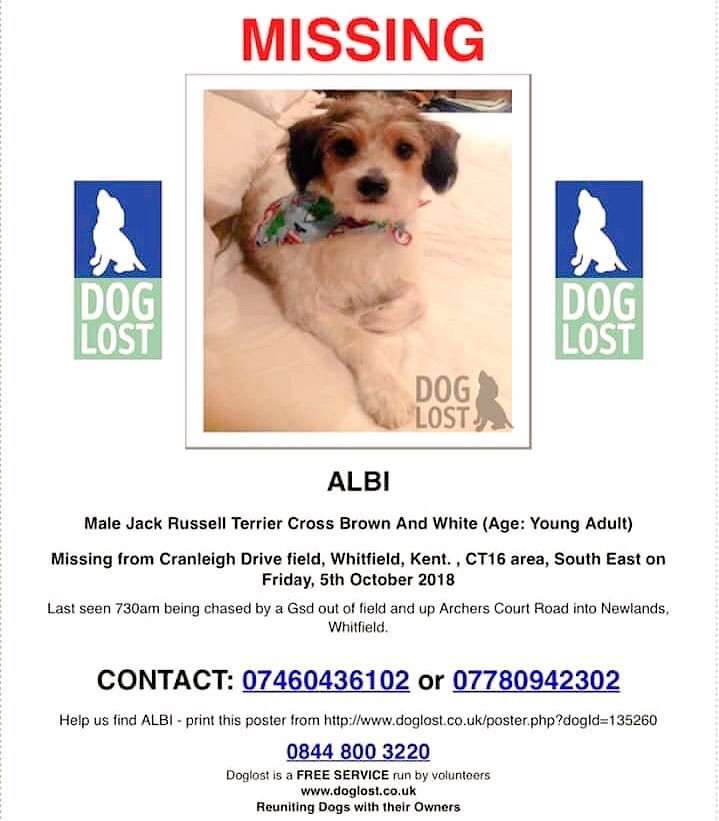 Share:
← Letter for your MP
Caught on CCTV: theft of £1,000 pug from outside London shop. #PetTheftReform →