Distraught owners have stumped up another £5k reward in the hunt for their missing dogs – who mysteriously vanished while in the care of a Birmingham pet sitter.

The professional dog sitter is understood to have told the devastated owners that their pooches ‘ran off’ after being spooked by a bang while walking in Hopwas Woods, Tamworth, on June 23.

The frantic owners launched desperate searches for the animals and reported the incident to police.

And today (July 2), cops investigating the bizarre disappearance confirmed they are treating it as THEFT.

Despite nine days of searches across the entire woodland, the pooches – three pugs, a jug and a French bulldog – remain missing.

Now their owners have clubbed together to fund a £5,000 reward for the return of their beloved pets. 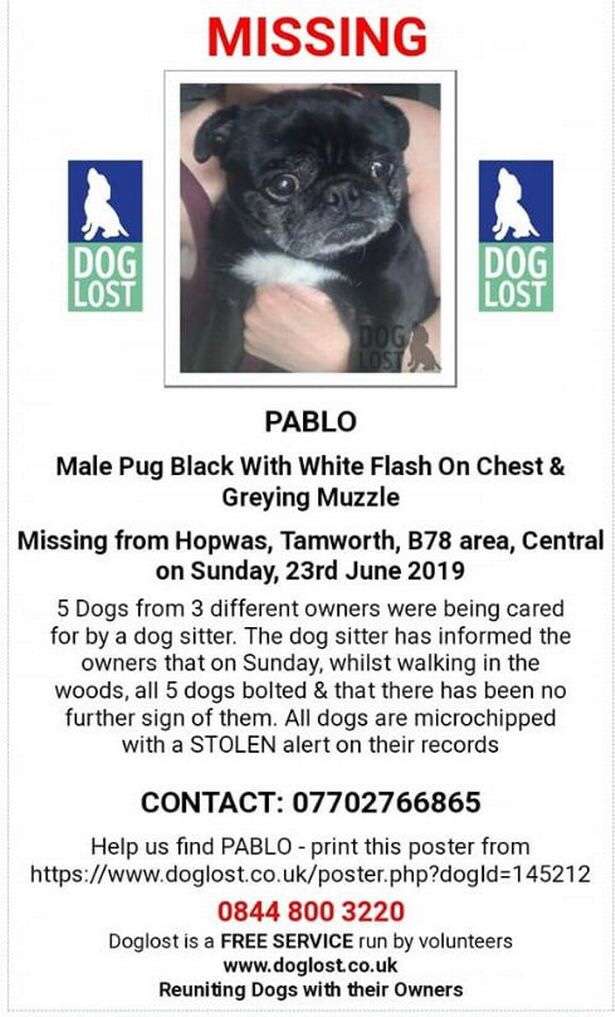 April Lock, owner of missing pugs Ralph and Charlie, wrote: “We have a £5,000 reward for the return of our missing dogs. No questions asked.

“We are desperate to get our babies home. They are not just dogs, they are part of our lives that have been left shattered.

“We are heartbroken and we won’t stop searching until they are home.

“None of the dogs have been sighted for a week now. They cannot just vanish, it is ludicrous and heartbreaking for all involved.”

The animals had been left with the dog-sitter, but the owners allege that when they returned to fetch their pets they were told they had all ‘disappeared’.

The dog sitter is said to have told them that the dogs all bolted while being walked on Sunday, June 23. 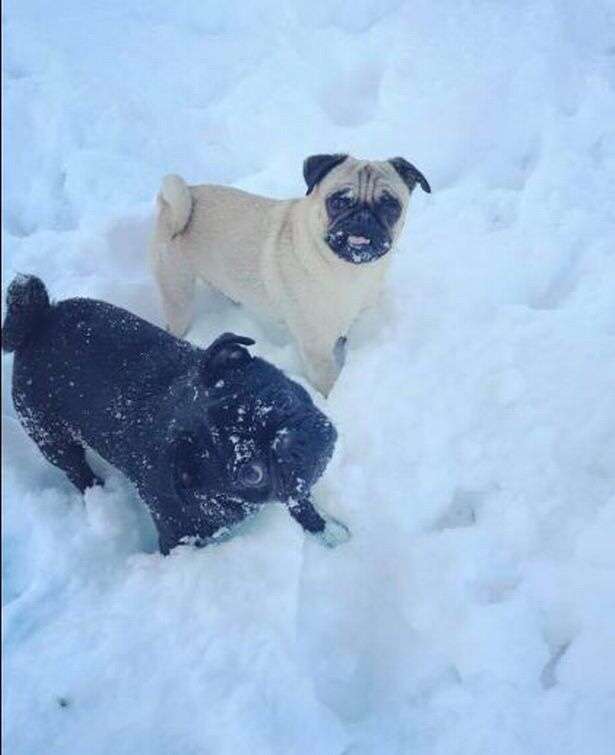 James Egan left his beloved 18-month-old French bulldog Jack with the dog-sitter for the very first time, while he took a weekend break with wife Liz.

But on Sunday, just hours before they were due to collect their pet, James was told his pet had disappeared.

He hasn’t been seen since.

James, from Kingstanding, said he returned to the woods with the dog sitter to search for the missing pooch, but they could find no sign of him.

“It was the first time we had left Jack,” James told BirminghamLive.

“The dog sitter had been recommended to us by other dog owners who I had met while walking Jack. 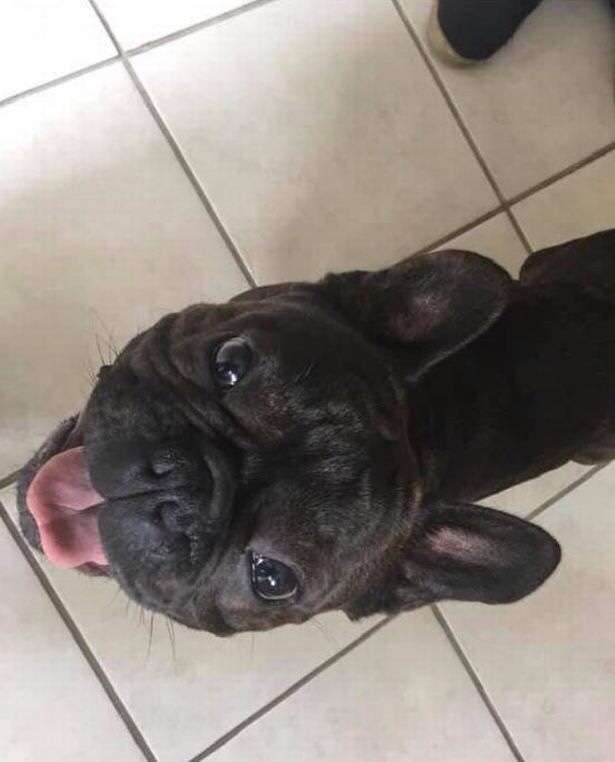 “I didn’t like the thought of leaving him at a kennel, so we went with the dog sitter who would look after him in their own home.

“We thought he would be safer and the dog walker seemed very professional.

“We were due to fetch Jack on Monday but on Sunday I had a phone call from the dog sitter to say he had been lost.

“The walker claimed they had been walking their own dog, along with ours, in Hopwas Woods. They said there had been a loud bang which spooked the dogs and they had run off.

“I was sympathetic at first as the walker was really upset but then something didn’t sit right.”

“Within a few hours we’d heard of more dogs who had all been ‘lost’ by the same person, over the same weekend and all from the same place,” he added.

“All us owners came together and reported it to the police on Tuesday (June 25).

“But we’ve no idea where the dogs are or what has happened to them, we’re at our wits’ end.”

Becky Parsons, who lives in Erdington, also claims her two dogs, Maggie and Pablo, have not been returned by the dog sitter.

She has used the services of the dog sitter on two previous occasions – without any concerns – but she returned home from holiday on June 24 and was unable to get in touch with her.

She said the sitter was “vague” about what had happened.

She said: “I have had the dogs since they were puppies. I am devastated, they are my world.

“I have had a lot of family bereavement recently and the dogs have been my comfort. I can’t explain how it feels.”

All five dogs are microchipped.

Today, West Midlands Police confirmed the disappearance of the dogs was being treated as theft.

“We are now treating the disappearance of the dogs as theft,” a West Midlands Police spokeswoman said.

Share:
← Watch the moment a German Shepherd is led away by brazen thief after being stolen from Leeds garden #PetTheftReform
£10,000 puppy named Bourbon Biscuit stolen while owner’s dad made cup of tea #PetTheftReform →